France and Germany have awarded the first-ever contract – a Joint Concept Study (JCS) – to Dassault Aviation and Airbus for the Future Combat Air System (FCAS) programme. The launch of the JCS was announced by the French Minister of the Armed Forces and her German counterpart.

Paris / Munich, 6 February 2019 – France and Germany have awarded the first-ever contract – a Joint Concept Study (JCS) – to Dassault Aviation (stock exchange symbol: AM) and Airbus (stock exchange symbol: AIR) for the Future Combat Air System (FCAS) programme. The launch of the JCS was announced by the French Minister of the Armed Forces, Florence Parly, and her German counterpart, Ursula von der Leyen, at a meeting today in Paris.

The decision by both countries represents a milestone to secure European sovereignty and technological leadership in the military aviation sector for the coming decades. Starting date for the two-year study is 20 February 2019.

Eric Trappier, Chairman and CEO of Dassault Aviation, said: “This new step is the cornerstone to ensure tomorrow’s European strategic autonomy. We, as Dassault Aviation, will mobilize our competencies as System Architect and Integrator, to meet the requirements of the Nations and to keep our continent as a world-class leader in the crucial field of
Air Combat Systems.”

Dirk Hoke, CEO of Airbus Defence and Space, said: “FCAS is one of the most ambitious European defence programmes of the century. With today’s contract signature, we are finally setting this high-technology programme fully in motion. Both companies are committed to providing the best solutions to our Nations with regard to the New Generation Fighter as well as the systems of systems accompanying it. We are truly excited about having been given this opportunity and appreciate the trust placed in both our companies.”

This planned Next Generation Weapons System will consist of a highly capable manned “New Generation Fighter” (NGF) teaming with a set of new and upgraded weapons as well as a set of unmanned systems (Remote Carriers) linked by a Combat Cloud and its Ecosystem embedded in a System-of-Systems FCAS architecture.

The JCS is based on the bi-nationally agreed High Level Common Operational Requirements Document (HLCORD) signed at Berlin Air Show ILA in April 2018 between the Defence Ministers of France and Germany as well as respective national concept studies.

Its aim is to conceptualise the different FCAS capabilities and to pave the way for future design, industrialisation, as well as an estimated full operational capability by 2040. The study will prepare and initiate demonstrator programmes for launch at the Paris Air Show in June 2019.

With over 10,000 military and civil aircraft delivered in more than 90 countries over the last century, Dassault Aviation has built up expertise recognized worldwide in the design, development, sale and support of all types of aircraft, ranging from the Rafale fighter, to the high-end Falcon family of business jets and military drones. In 2017, Dassault Aviation reported revenues of €4.8 billion. The company has 11,400 employees.

Airbus is a global leader in aeronautics, space and related services. In 2017 it generated reported revenues of € 67 billion – or € 59 billion restated for IFRS 15 – and employed a workforce of around 129,000. Airbus offers the most comprehensive range of passenger airliners from 100 to more than 600 seats. Airbus is also a European leader providing tanker, combat, transport and mission aircraft, as well as one of the world’s leading space companies. In helicopters, Airbus provides the most efficient civil and military rotorcraft solutions worldwide. 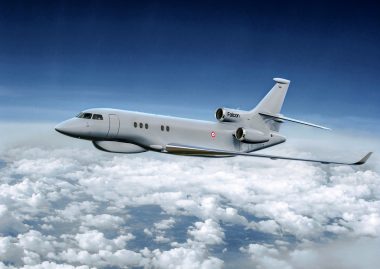 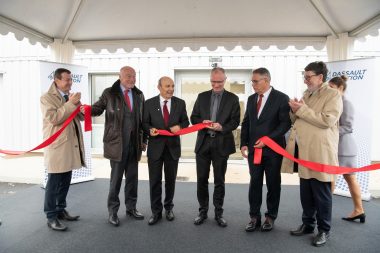 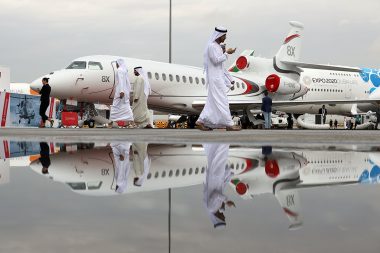